The Center of Biological Approach for Hernia Repair

Welcome to the European Hernia Institute (E.H.I.): founded in 2010, E.H.I. is a global leader in hernia repair with biological prostheses.

Do you have a hernia?
Get the facts about hernias and the new hernia repair with biological prostheses
The EHI Experience: Enjoy a rapid, healthy recovery in a beautiful facility designed exclusively for hernia patients

A guide to the hernia repair process at EHI

Did you know? Inguinal hernias are the most common type of hernia: they represent 80% of all abdominal wall hernias.

I have pain and swelling in my groin. Do I have a hernia?
Pain and swelling in the groin can have many different causes: only in a limited number of cases an hernia is found
Do you treat all types of hernias at EHI?
At EHI, we specialize exclusively in external abdominal wall hernias: inguinal hernias, femoral hernias, epigastric hernias (sometimes known as ventral hernias), incisional hernias, parastomal hernias and umbilical hernias
Haw much time do I have to stay at EHI after my surgery ?
The patient-centred recovery program at EHI has been specially designed to promote the day surgery (“in” in the morning, “out” in the afternoon). Obviously Your stay will be personalized according to Your needs..
How much does the operation cost ?
or insured patients, fees are totally covered in the majority of cases. International patients pay by credit card, bank note, cash or certified cheque and then receive paper work from us to secure reimbursement from their insurance provider, where available.
How long does the surgery take?
Most hernia repairs take an average of 30 minutes.
Can I drive home after I'm discharged ?
Yes but it is better not to stress the operated zone.. If you are flying, stand up in the aisle for a stretch and short walk.
How soon can I return to work ?
You can return to work as soon as you feel up to it. Most people are back at work within few days.

Biological prostheses represent the present-future of hernial surgery. Until a few years ago the only way to perform a hernioplasty with prostheses was to use a prosthesis of non-absorbable synthetic material such as polypropylene or polyester. 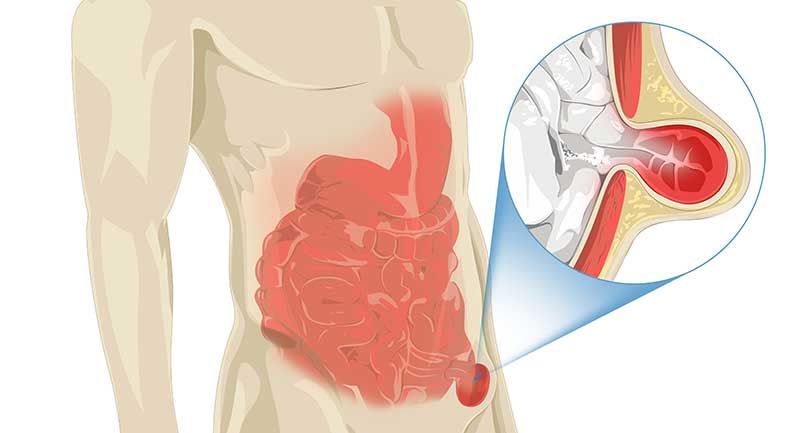 Biological prostheses are the present and the future of hernia surgery. Up to now hernia repair was performed only with synthetic non reabsorbable materials such as polypropylene or polyester.
These prostheses act like a foreign body with a related infection risk.

A few years ago biological prostheses were developed using genetic engineering: these material are totally or partially reabsorbable and they are able of remodeling the native tissue with the same results of polypropylene.

Here You can find some scientific articles and a clip explaining the technique.

Fausto Catena graduated in Medicine and Surgery at the University of Bologna in 1995 and specializes in General Surgery also at the University of Bologna in 2000. From 2001 to 2011 he was medical director of General Surgery, Emergency and Transplantation at the Policlinico S Orsola – Malpighi, where he has a specialized position for the management of kidney transplantation.

Since January 2012 he has been director of the Emergency Surgery Operations Unit of the Hospital-University of Parma. Catena is an expert in emergency and trauma surgery, oncology surgery, sarcosis and carcinosis surgery, minimally invasive surgery, rectal colo surgery, kidney transplantation, and abdominal wall surgery. In the course of his activity, he performed over 3000 surgeries of high and medium general surgery. 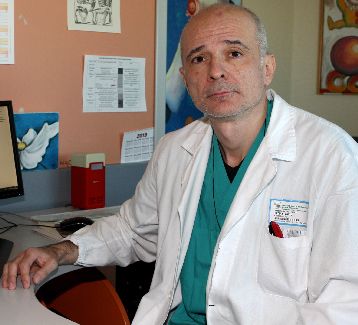 He is the author of over 600 scientific publications, 14 book chapters, a monograph on abdominal adhesties, an emergency surgery manual translated into several languages and a two-volume trauma book. He has participated in over 250 national and international scientific events as an auditor, 36 master classes as a learner, 48 courses as a teacher, 115 congresses as invited speaker and 59 congresses as chairman.
He organized 56 scientific events.

He was the drafter of 3 international guidelines; winner of 17 national and international scientific awards and awards. In 2010 he received the President of the Republic's award for best young surgeon in 2010. In 2006 he founded and directed the World Journal of Emergency Surgery, and collaborated as an editor with 15 other international journals of surgery.

He was President of the Italian Society of Young Surgeons, he is General Secretary of the World Society of Emergency Surgery. Since 2012 he has been a Fellow of the Royal College of Surgeons UK. He has been adjunct professor of the School of Specialization in General Surgery and the School of Specialization in Orthopedics and Traumatology of the University of Bologna. .